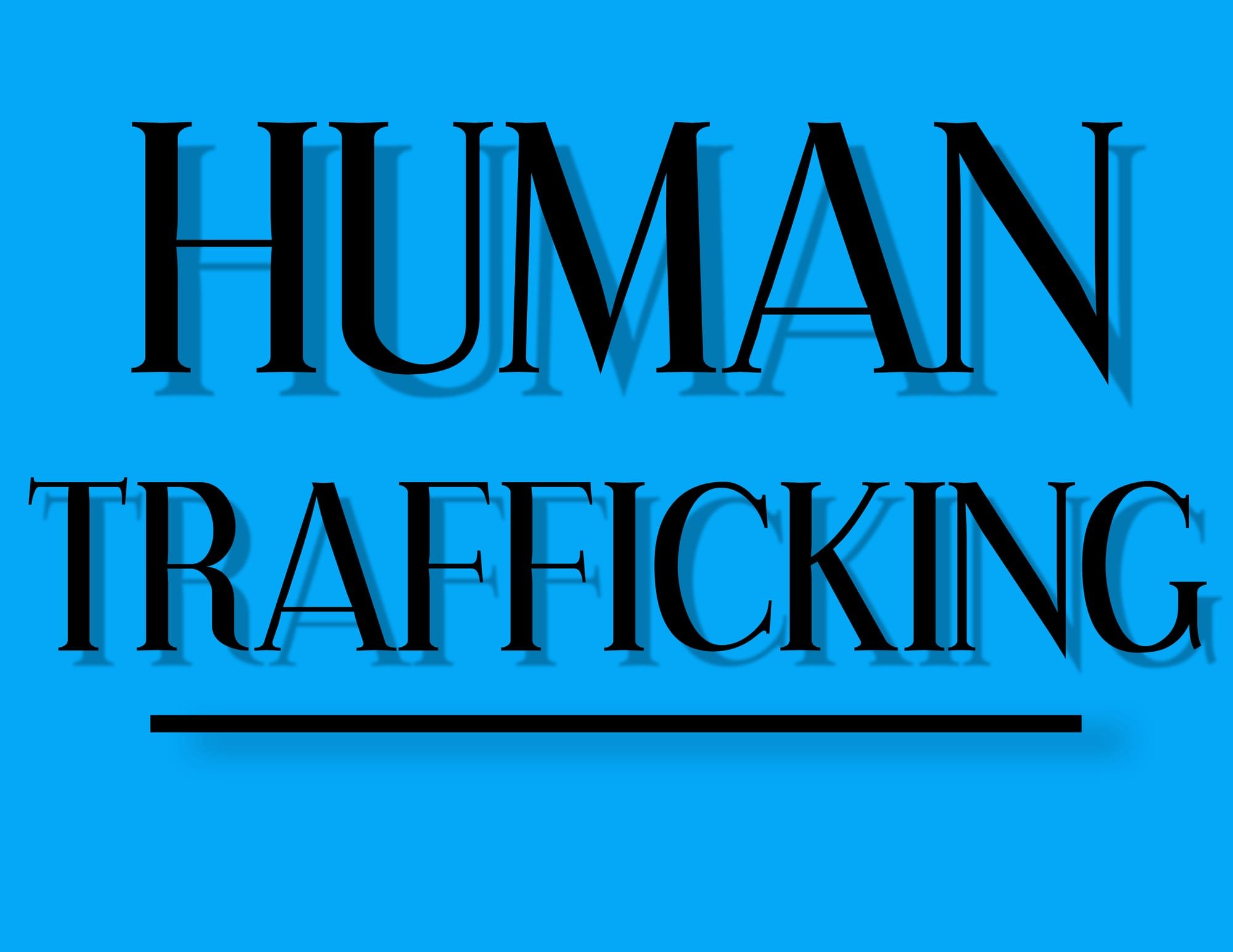 January is Stalking Awareness Month and Human Trafficking Prevention Month January, the time of renewal and starting fresh for many – however, serious issues remain and continue to plague our Native people. The Advocacy Resource Center will continue to inform you and advocate about sensitive topics throughout the year to bring you the most updated and informative resources and awareness on various topics of abuse. January is designated as Stalking Awareness Month. Stalking is defined as “a pattern of behaviors directed at a specific person who would cause a reasonable person to feel fear”, according to the Department of Justice. There are a variety of methods or tactics that stalkers use to pursue their victims. Stalking can include but is not limited to, having unwanted or unsolicited phone calls, visits, texts, emails, social media contacts, unwanted gifts, or approaching the victim’s family or friends. Also, monitoring, surveillance, property damage, and threats to the victim or their family are all considered stalking behaviors. Stalking is not limited to a certain type of individual, race, ethnic, or cultural background, educational level, or socioeconomic status. Anyone can be a victim of stalking. Stalkers have various personalities and tactics for their behaviors. Researchers have developed several ways of classifying or categorizing stalkers:

The ‘Rejected Stalker’, is characterized as pursuing a former intimate partner, desiring reconciliation and/or revenge. They typically have a criminal assault history; personality disorders are typically predominant. The ‘Intimacy Seeking Stalker’ desires a relationship with their “true love”, they are oblivious to the victim’s response, and most have erotomanic delusions (an uncommon form of delusional disorder in which an individual has a speculative belief that another is in love with them), and endows the victim with unique qualities.  The ‘Incompetent Stalker’, essentially acknowledges the victim’s disinterest yet pursues them anyway, hoping the behavior leads to intimacy, does not bestow the victim with unique qualities, typically has a low IQ, is socially inept, or feels entitled. The ‘Resentful Stalker’, feels persecuted and desires retribution, intends to frighten or cause distress, focuses on a specific or general grievance, and may have paranoid diagnoses (insert, diagnoses). In addition, the ‘Predatory Stalker,’ is preparing for a sexual attack, stalks their victim to study and observe them, and typically has paraphilia (emotional disorders defined as sexually arousing fantasies, urges, or behaviors that are recurrent, intense, occur over a period of at least 6 months, and cause significant distress or interfere with important areas of functioning), having prior sex offenses are common, offers no warning before the attack. (www.stalkingriskprofile.com) Most stalking victims are stalked by someone they know. Typically, a current or former intimate partner, acquaintance, or family member, and sometimes even a stranger. According to a quote from HumanTraffickingSearch.org, “Native women are stalked at more than twice the rate of other women. Native women are murdered at over ten times the national average. Native women experience violent victimization at a higher rate than any other U.S. population. Congressional findings are that Native American and Alaska Native women are raped 34.1%, more than 1 in 3, will be raped in their lifetime, and 64%, more than 6 in 10, will be physically assaulted. Native women are stalked at more than twice the rate of other women. On some reservations across America, Native women are murdered at more than ten times the national average. Non-Indians commit 88% of violent crimes against Native women.” Stalking is a crime in all 50 states but requires thorough documentation of incidents to help solidify a prosecution in the case. Maintaining a “stalking log” is best to keep a record and document all stalking-related behaviors. These behaviors include harassing or repetitive phone calls or text messages, emails, social media contacts, acts of vandalism, and threats. Keeping an accurate log with dates, times, locations, and even photos of the stalker in the act can be helpful to prosecute the stalker. It is important to note that should you pursue criminal action, your logs may be admitted into evidence in a court case, and to be mindful of the information you put in the log as the stalker may eventually see it. You can print a stalking log at www.stalkingawareness.org. As many victims often feel the emotional effects of the acts of a stalker, your local advocates can assist with safety plans and maintaining your stalking log. Contact local law enforcement if you feel you are being stalked. Advocates at the Advocacy Resource Center are also available for assistance at 906-632-1808. More information is also available at www.arcsaulttribe.com. As a reminder, the Sault Tribe of Chippewa Indians Board of Directors passed a resolution in September of 2022 that authorized criminal code revisions to expand tribal jurisdiction over non-Natives committing crimes against Native citizens involving child violence, sexual violence, sex trafficking, stalking, and assault against justice personnel that occur on tribal land. January is also Human Trafficking Awareness Month. Human trafficking is simply defined as the use of force, fraud, or coercion to obtain some type of labor or commercial sex act. Human trafficking is considered modern-day slavery. Human trafficking is active and prevalent in the United States and even more so internationally. Human trafficking does not discriminate and anyone can be a victim. However, the Native American population is considered to be one of the most vulnerable populations to be trafficked. According to HumanTraffickingSearch.org Native Americans are considered vulnerable due to a higher rate of poverty, rape, and being placed in the foster care system. These risk factors can be attributed to the historical traumas placed upon Natives due to the erratic removal of Native children and placements in residential boarding schools amongst other forms of forced removal, and assimilation policies. Native children that suffered such abuse and neglect causing lifelong trauma while having no solid foundation for nurturing parenting practices place their children at risk for causing a traumatic cycle for future generations. Human traffickers play on these vulnerabilities. Traffickers prey heavily upon youth, especially those who are homeless, come from broken families, have experienced physical or sexual abuse, are runaways, or those raised in group home settings. Traffickers often approach those with low self-esteem or insecure youth who desire a better lifestyle. Traffickers may befriend and gain the trust of youth either in person or via social media to then lure them with empty promises of riches, love, and the happiness they may long for. There are many red flags that might indicate a human trafficking situation. Depending on where you live or work, the red flags may or may not appear abnormal or stand out immediately, however, the closer you observe, the more obvious it becomes. Always be aware of your surroundings as traffickers lurk in the most obvious of places, bars, restaurants, sporting events, stores, parking lots, and other public venues. Some of the red flags include but are not limited to:

Do not attempt to take matters into your own hands as you may possibly make the victim’s situation worse. Give authorities as many details as possible. Provide license plate numbers, a thorough vehicle description (make/model/color), names, addresses, etc. Human trafficking is real and it is most likely happening within your own community. If you suspect someone is being trafficked, contact your local authorities. To get help from the National Human Trafficking Hotline: call 1-888-373-7888 or text HELP or INFO to BeFree (233733). To report suspected human trafficking to Federal law enforcement, call 1-866-347-2423. If you need support contact the Advocacy Resource Center at 906-632-1808. You can also visit our website at www.arcsaulttribe.com for more information.